Girls are well-mannered, bright; when they enter they light up a room. They wear beautiful dresses, are clean, well groomed, and very much liked. They are treasured, the center of attention, talented and poised and lovely. Pretty. Polite.

Seraphina is a wild thing. She lives in the dark. She’s strange, thin and wiry, dirty and disheveled, unkempt. She’s not very talented, or so she thinks, but she does have a job: Baltimore Estate’s C.R.C. at your service. As Chief Rat Catcher extraordinaire, Seraphina knows how to sniff out a vermin or two.

And there is a rat at Baltimore Estate.

A man, a wraith, in a magical black cloak is taking talented young girls, and Seraphina is determined to stop him.

But there’s a problem. Well, several problems, but two really stand out. Her Pa doesn’t believe her, for one. No one would seem to, for what adult would believe in an otherworldly specter kidnapping children by means of an enchanted cloak?

And the second is no one but her Pa knows Seraphina exists.

Seraphina’s life is a secret; she has spent all her days hidden from the light. While all the rich folk upstairs have parties and dance and laugh under the wealthy owners of Baltimore Estate’s roof, the esteemed Vanderbilts, Seraphina lives in the basement, coming out only at night. She snatches books from the library, watches from the shadows, lingers and darts between the corners and nooks of her small world. Raised solely by her Pa, Seraphina’s mother is an enigma, and her Pa never speaks of her. Indeed, the secret resident of Baltimore lives a rather lonely life, never having had a single friend, but when she meets Braeden Vanderbilt, the Vanderbilt’s nephew, all that changes. Seraphina has a lot of questions, and a lot to give, but her Pa has warned her, to never reveal herself, never let anyone know of her existence, and to never, ever, go into the deep forest alone.

Needless to say, there is a lot of mystery going on at Baltimore Estate. 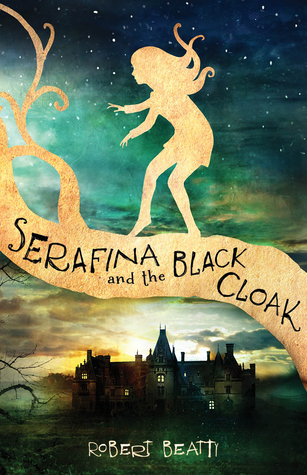 “I don’t want to here any talk ’bout that,” he interrupted her, shaking his head. She could see in the tightness of his mouth how upset her questions made him. “You’re my little girl,” he said, “That’s what I believe.”

“No.” he cut her off, “I don’t want you to think about that. You live here. With me. This is your home. I’ve told ya before, and I’ll tell ya again, Sera: our world is filled with many mysteries, things we don’t understand. Never go into the deep parts of the forest, for there are many dangers there, both dark and bright, and they will ensnare your soul.”

As you have probably guessed, Seraphina breaks all the rules. Joining forces with Braeden, the two of them decide the adults aren’t on the right track, and will never believe in the dark magic that is clearly overtaking Baltimore, so the two young heroes take matters into their own hands, each using their own unique talents to help solve the mystery, and save the children who have been taken by the Man in the Black Cloak.

To go straight into it, this book is pretty darn marvelous. Great writing, a spooky mystery, and finely wrought characters. Seraphina is courageous, bold, daring, sharp-as-a-tack and keen, possessing instincts that would make Sherlock proud. Her and Braeden’s relationship is fast forming, but honest; there is a special affinity going on here. Braeden and Seraphina both grew up feeling different, and separated from the world. But together they make each other stronger, and confident in themselves. Braeden shows Seraphina that her strangeness is not bad, but good and special, and Seraphina reveals to Braeden that his unique talents are worthy, and a wonderful gift to be shared and relished in. I particularly liked Seraphina’s protectiveness of Braeden in this story; Braeden is clearly the more sensitive of the two, and Seraphina’s fierce loyalty and bravery really shined through in this guardian role. 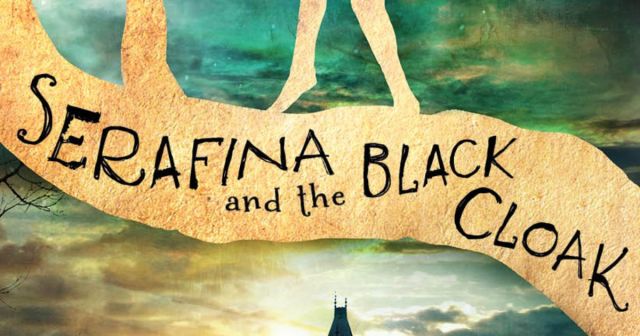 Many of the descriptions and imagery are wonderfully eerie, befitting its frightening and somewhat macabre theme, and for a children’s book, it is splendidly thrilling, even scary! Robert Beatty does a fine job rending a dark and wild forest, a chilling cat and mouse game, and is quite good at knowing when to pull the thread tight and when to give slack. The action is fast paced; one minute you’re preparing to set down the book and fetch a snack, the next minute leaving the pages behind is unthinkable—for everything is suddenly happening now and oh my ah! It’s a page-turner, so you might possibly want to prepare yourself a night to be devoted to it. (I have self-control problems when it comes to reading though, so a couple days or, if you’re a Savor Reader, a week will probably do.)

I liked this book. I loved this book. I cared about Seraphina, and was internally (and sometimes externally) cheering her on, wanting her to succeed, wanting her to find her courage and her place in this world. Like so many of us growing up, Seraphina wants to be someone different, someone who fits in and is of that quintessential aura that the world often insists girls should be. But Seraphina is not that girl. And through her journey, she comes to realize that is her strength. She rises to the occasion, forges her own path, trusts in herself, and in the end comes out a heroine, mighty and powerful in her own special way.

There is much to enjoy in Seraphina and the Black Cloak. Pick it up. It would be a good Halloween read. Full of twists, turns, mystery, and friendship, courage, and redemption, what is not to love? Give it to your son or daughter, niece or nephew, or yourself! It’s 1899 at Baltimore Estate in Asheville, North Carolina, and something dangerous is afoot. Evil is lurking in the corridors of Baltimore… Children are disappearing, the darkness encroaching. All is seeming quite hopeless. But, there is a secret weapon you have, and she lives in the night.

And her name is Seraphina.

Five out of five stars.